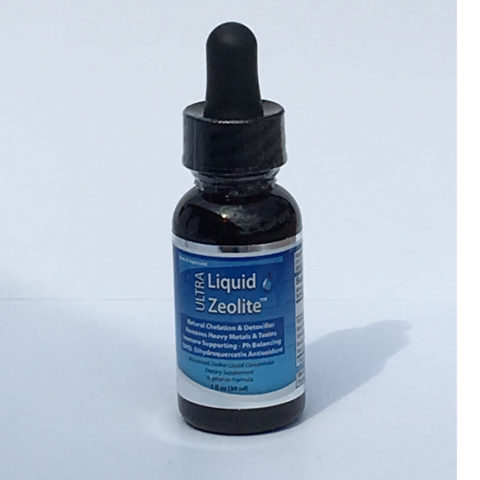 1. As an immuno stimulator, it helps Improve the general state of health

4. As a powerful antioxidant it absorbs free radicals

5. Acts as a powerful anti-inflammatory

Scientists, researchers, university professors, and many other authorities on humic substances have discovered and demonstrated that humic substances prevent viral illness, naturally and safely, by preventing viruses from binding with cells, replicating, and infecting cells. In addition, research in Germany, Poland, Russia, South Africa, and the United States has shown that humic substances reduce inflammation and alleviate rheumatoid arthritis, asthma, eczema, irritable bowel syndrome, psoriasis, lupus, and multiple sclerosis. This unique combination of humic and zeolite, provides the body with readily absorbable organic trace minerals in perfect ratios and with the appropriate ionic charge that can be readily absorbed by the small intestine. These trace minerals include the important platinum group metals in association with the macro minerals such as magnesium and potassium. The humic, quickly and efficiently carries the zeolite systemically throughout the body. This provides an abundance of this unique humic/zeolite compound to be readily available at a cellular level by placing it directly into the extracellular fluid. The cell then uses its ionic channels to pull in this compound as needed for optimal function, pH adaptation, energy production and detoxification. Given the general lack of physiologically available organic trace minerals in our diets today, and the bodies demand at every level for them, the humic proves to be a powerful carrier for the zeolite molecule. The synergistic effect of the humic, zeolite and structured water must be experienced to be believed! LIQUID ZEOLITE? has no odor and no taste. LIQUID ZEOLITE? is supplied in factory-sealed, laboratory-grade amber bottles with glass droppers. Often simple changes can make a massive difference to how we feel. Linus Pauling, winner of two Nobel Prizes, believed that 90% of all medical conditions are attributable to excessive heavy metals, toxins, toxic chemicals, and minerals and trace mineral deficiency.

Clinoptilolite is a natural mineral, which is not reabsorbed by the blood. The digestive tract accepts it like food. Such a mechanism enables long-term use without side effects and toxicity. The zeolites are a group of minerals with a four-sided honeycomb structure and, rare among minerals, a negative magnetic charge. The effect of the structure and the magnetic charge is that zeolite draws heavy metals (including mercury, cadmium, lead, arsenic, aluminum, tin, excess iron, and even radioactive metals like cesium and strontium-90) and toxins to it and simply engulfs them. The toxins “check in” and they can’t “check out.” Then the zeolite carries them safely and harmlessly out of the body through normal digestion. Liquid zeolite is extremely safe and is completely eliminated from the body within 5 to 7 hours. Because zeolite is a natural substance on the FDA’s list of GRAS (generally regarded as safe), it is brought to the market as a powerful and unique detoxifier. 100% of the zeolite in our product (there are nearly 50 naturally-occurring zeolites) is the subgroup called “clinoptilolite”. This type of zeolite that has been studied for its effect in human nutrition. Heavy metals are implicated as a causative factor in many illnesses, especially neurological diseases such as autism, alzheimer’s disease , dementia, parkinson’s, multiple sclerosis, myasthenia gravis, chronic fatigue syndrome, and multiple chemical sensitivity. Nitrosamines (toxins) are widely present in processed foods especially processed meats and are strongly implicated as a major causative agent in cancer. LIQUID ZEOLITE? is a100% organic solution of the purest form of natural zeolite (clinoptilolite) that has been naturally dissolved in bio-active organic humic acid and structured water. A dedicated expert on the use of humic acid succeeded in getting bio-active humic to literally digest and absorb the zeolite molecule directly into the humic structure. This scientifically advanced formula has achieved something heretofore considered impossible, placing zeolite into a liquid solution without the use of toxic chemicals. The ability to place zeolite into solution without harsh inorganic reagents is a significant scientific breakthrough. The zeolite in LIQUID ZEOLITE? has been naturally and organically placed into humic acid (an organic carrier) and is now a unique component of the humic molecule. The end result is an all natural, completely pure product that can be carried directly into the cellular structure of our bodies. Zeolite and humic help remove heavy metals and toxins from the body. Furthermore, structured water, far more purified than distilled water, is used to increase bioavailability and for its reduced surface tension (“wetter water”). With this 100% organic naturally processed “liquid zeolite” in a concentrated humic carrier, feel the difference!

Instructions/How to Use:
Suggested Use:

NO PRESERVATIVES NECESSARY! NO CHEMICALS! NO ADDITITIVES! ALL NATURAL. 100% ORGANIC LIQUID ZEOLITE IN HUMIC. NOT A PRESCRIPTION. NO PRESCRIPTION INGREDIENTS!

Cautions/Warnings:
Medical & Legal Disclaimer: These statements are for educational purposes only. The claims made about specific nutrients or products have not been evaluated by the Food and Drug Administration. Dietary supplements are not intended to diagnose, treat, cure or prevent disease. If you are unwell or taking any medicine, consult with your health care provider before using this dietary liquid mineral supplement.

There are no reviews yet.

Be the first to review “ZEOLITE (bottle 1 oz)”